What is it about men and their belief that they are bullet-proof and invincible?

Yesterday, a friend and I were discussing husbands and their insistence on their invincibility. Her husband had, after three refusals, agreed to have cataract surgery on his eyes. Or at least one eye. He had literally bolted from the doctor’s office on two other occasions refusing to agree to the surgery. To admit that he could not see was tantamount to admitting to not being a “man.”

It is not difficult surgery. The doctors call it “Poke and Suck” surgery. Okay, probably the doctors don’t. Their patients who are unafraid of the surgery call it that. But today it is a simple, painless and usually very successful surgery. Still the fear of losing one’s eyesight can be terrifying, as it was for him. He will go in for the surgery on Monday. We wish him well. 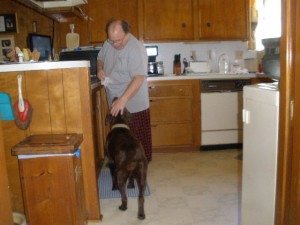 Even the dogs get fat

On another occasion, three of us were complaining about husbands. One husband was had a bum knee but had not done anything about it. Another had at last been forced by pains in his back to have some kind of esoteric surgery to implant wires connected to nerve suppressors. All of us complained about having to nag our husbands to take care of themselves. Our husbands, of course, are certain, they will be fine in time. Evidently not.

Eight of us (all women) were at a birthday dinner enjoying caviar and wine and a very elegant meal. Of the eight, five had lost husbands either suddenly or after protracted illnesses that they had refused to admit might kill them.

Their wives were left with different levels of competence. Some knew everything about the family finances. Others didn’t even know where the check book was. All insisted that we, as women, must face the eventuality of losing our husbands. The important thing, they insisted, was that we HAVE A PLAN.

I came up against the possibility of losing my husband six months ago. He has been retired for almost ten years. He happily sank into his recliner and refused to do more than go to Walmart every other week when the maid came to clean. His diet: Jimmy Dean and Marie Callendar. His exercise: switching from ESPN to ESPN2.

When hubby began to bloat, feel lethargic and run out of energy, I tried to insist he join the dogs and I for walks. Nothing doing. It was too hot. Too cold. Too difficult. To demanding. He had put in his time. He was going to “enjoy” retirement. Only later, grudgingly, did he admit I had been right. 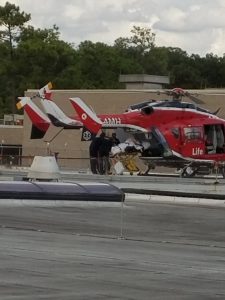 He never had a “heart attack” as such. No pain in the chest. No numb left arm. No indications whatever.  At my insistence, he had actually had sense enough to make an appointment with the doctor on his own. Both of us were shocked when he was life-flighted to Conroe for open heart surgery and five bypasses.

I realized that I could easily have been like my friends who lost husbands. I had been away from the house at a conference in Corpus Christi for five days and two more days in San Antonio. I might well have returned to find hubby lifeless in his recliner, remote still in hand. But now, at least, I have a plan. I know where the check book is.

The men in our lives will either take care of themselves for our sake or not. Admitting their vulnerability is probably not an option. And nagging doesn’t work. Any woman will tell you that even though we try. But at least we will have our women friends to commiserate with. And we will HAVE A PLAN.