Footnotes are the bane of an academic’s existence but writing any good book requires research.

For the last twenty-five years, I have crouched like a Gringot’s gnome over ancient archives, leafing through four-inch thick tomes, or hauling out Hollinger boxes full of hundred year-old dusty manuscripts. I emerged with hands blackened by equally old dirt clutching stacks of cards or sheafs of paper with scrawled notes. All of us do it. It’s part of the racket.

In Matamoros, the archives were kept in the ancient Casa Mata fort. Stone walls fourteen inches thick keep the temperature at an even 65 degrees. No, it’s not to protect the documents, which are rife with paper-eating bugs, it’s because they can’t afford the heaters to keep us from shivering. At least the cold and shaking keeps us awake.

In Mexico City, at Lecumberri, the giant hundred-year-old Porfirian prison with it’s octopus-like sprawling arms, the archives are kept in the prisoners’ cells in row after row of metal shelving and expensive, acid-free Hollinger boxes. After centuries of neglect, the 500-year history of Mexico is at last being preserved, but we wait interminably for workers to bring the boxes.

In ancient churches all over Mexico, birth, marriage and death records are stuffed into back cupboards or tiny alcoves, overseen by black-gowned nuns or elderly monks or busy priests. Each volume, some small, some large, are bound in soft, brown calf- or kid-skin. I waited through countless Catholic masses to have a chance to look at those records. Blessings on the Mormon/Latter Day Saints who are preserving those records and now have them accessible on-line.

Since I’ve retired from the world of academe, I’ve launched into novels about what I know best, eighteenth and nineteenth century New Spain and Spanish Texas. The problem, as I have learned, is that novels require even MORE research. In addition to inventing what my characters did, now I have to know what they wore, what they thought, what they read, what they slept on, ate on, sat on, rode on, laughed over, cried over, cursed over.

The difference is the friggin’ footnotes. Over this last few weeks, after happily whipping through 2,000 words a day to finish the beginnings of my novel for NaNoWriMo, I’ve had to stop to write a chapter for a book on “Fly on a Texas Wall.” Dr. Mary Scheer, a friend and colleague, came up with a fun premise. Where would you like to have been a fly on a wall to see what really happened in Texas history? I chose Stephen F. Austin’s 1822-23 trip to Mexico City. 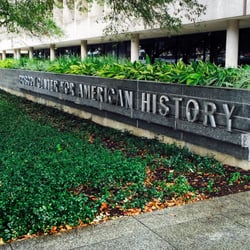 This time, no prisons or ancient vaults. The Dolph Briscoe Center for American History at the University of Texas at Austin has all of Austin’s Papers, as well as the Bexar Archives from nineteenth century San Antonio conveniently translated, transcribed AND typed, packed in pristine boxes, and stacked  neatly in thick folders. No dust, no muss, no freezing fingers. Padded chairs, spacious tables, air conditioned comfort. And dozens of my colleagues in Texas History have done the work for me and written excellent books on the topic.

Sitting in front of me now are stacks of cards. Gone are the glory days of NaNoWriMo, just getting to write as fast as I could, letting my mind wander and my fingers dance over the keys. Oh, no. No more. One card at a time, three cards laid side by side, back and forth, this source said this, that source said that. Insert endnote. List author, title, publication info, page. Write three lines. Insert Endnote. Do it again. And again. Ibid, Op Cit, Ibid. Stop. Look up more details. Add another card. Another book. Another source. Another Endnote.

Fifteen pages that would have taken me two days to write last month, have taken three weeks of laborious slogging. I realize that as academics we have to prove what we say is true. Or perhaps so that other scholars can go back to our sources and find additional information. Whatever the reason . . .