I believe the pleasure of parties is the laughter.

Last night Hubby Flatbottom and I attended the one and only Christmas Party he willingly participates in for the holidays. Our friend, Dalia, will not let him off the hook. She has threatened to come get him if he doesn’t show up, so he comes.

TV and Laptop, who could ask for more?

Since he retired, he prefers to stay home—relaxed—with his remotes and his TV. Long ago, I thought he was the only curmudgeonly husband who had to be dragged to parties. But no, there were five other husbands at the party who would much rather not have been there. We wives have gotten so we just laugh about it. The husbands grin and bear it.

Over the years of living in Huntsville, as the wives have dragged them to this or that event, the husbands have all gotten to know each other. They have come to know and accept the inevitability of following their wives to whatever production we are involved in at the time. At least they have each other to commiserate with, and they do.

One time, Flatbottom was sitting next to Dalia at a presentation called Dance Spectrum for students from the University. There had been a lively and fun Flamenco presentation that we had all enjoyed. It was followed, however, by a very strange modern dance program. Groaning, he leaned over to Dalia and said, in a stage whisper, “She’s done it to me again!”

Dalia’s party is the only time that many of us get to see each other during the year. It’s not a large group, but we have become close friends as we have participated in activities in the community. Everyone (the wives) bring dishes that we have all become well known for and all of us look forward to, while the husbands bring the beer, wine and booze.

Dalia’s husband is famous for his frozen margartitas. He makes them ahead of time in a blender then puts the delicious frozen slush in a cooler for everyone to dip out and help themselves. Don’t ask me the recipe, he won’t divulge it, but I did see a container of frozen lemonade on the counter beside the bottle of tequila. Most of the husbands, however, just drink beer.

After eating far too much, we all gather in the living room for the jokes and gift exchange. Since it’s Dalia’s party, she insists on each of us telling a joke before we choose. She collects jokes off the internet all year long and prints them out. We’re allowed to paw through them and find one we like. The husbands really hate this part, but they do it because, as Dalia says, “It’s her party and she can do what she wants to!” And dumb as the jokes are, we can’t help laughing, not so much at the joke but the telling. Even the husbands join in, grudgingly, but laughing. 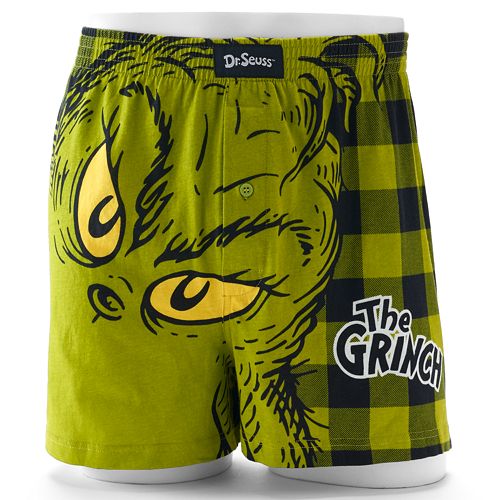 The gift exchange is one of those silly games where the white elephant gifts are piled in the middle and drawn by number. Each person can either steal someone else’s gift, if it turned out to be a particularly nice one, or take a new one from the pile. Sometimes the gifts are entertaining, silly, or just ridiculous. Other times they can be really worthwhile–a set of nice knives, a ticket to a play, bottle of wine.

Flatbottom, appropriately enough, after getting a box with Colon Cleanser and Marijuana Test Kit (???), swapped them for a brightly colored Mr. Grinch pair of boxer shorts. I had a very nice bottle of Cabernet Sauvignon with a Santa suit on it that I lost for a bright green T-shirt, large enough to wear for jammies, that says “Nice but willing to be proved Naughty.”

Even the curmudgeonly husbands can’t help laughing at the silliness. It’s good for the soul.