For Love of Pets at Christmas time 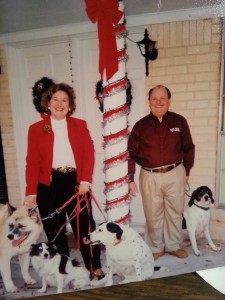 I’ve long been a supporter of our Rita B. Huff Animal Shelter and the ASPCA Humane Society. Yesterday I stopped by there and found a number of families picking out dogs for their kids for Christmas. Such a delight to see the excitement and the joy. Then I think about what is coming next.

“Johnny! Did you feed the dog?” “Janie, didn’t I tell you to clean out the litter box?” “Suzy, have you walked the dog?” “Who is going to clean up this mess?” “Gee, Mom, I’m late for school. Can you do it?” And when the kids go off to college, Mom and Dad get stuck with the dogs. They were feeding and walking them anyway which—sometimes– makes the pets a consolation for the empty nesters. 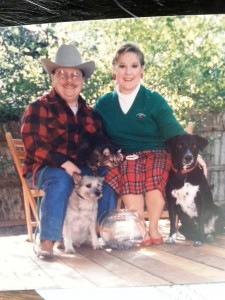 The very first ones

And then there are the fleas. And the tracked in dirt. And the dog hair. And the really gross ticks that swell up like bee-bees and have to be picked off. And cat urp. Or, OMG, dogs rolling in something dead and then coming in the house, happy to spread the stench. Or cats bringing in slightly alive mice that get loose in the house. And don’t even get me started on the joys of washing skunk smell off dogs. (Use tomato juice—large cans)

But for all the hassles, there are those wonderful, comfortable moments when the dogs are sleeping quietly by our feet, or frolicking in the cool weather, or looking up at us with big brown eyes waiting for a snack (okay, maybe whining and drooling). Their love and affection has no limits. They are always happy to see us. Racing to the door to greet us or waiting patiently (sometimes not so patiently) by our chair, tails wagging, hoping for a run. Cats not so much.

We’ve acquired probably ten or fifteen dogs over the years. Usually from students or friends who are having problems keeping the pets. Sometimes, to my sorrow, it’s strays who are dropped off out here in the country. I can’t fathom what these people are thinking. Do they think a house-bred dog can actually hunt prey?

Other times it is innocence. One of my students had decided that her infant daughter needed a puppy to grow up with, in a small student apartment. She got home from class to find the baby howling (with dirty diapers), and the puppy yipping (with pee on the floor), and her poor husband about to tear his hair out. She called and asked if she could leave the dog with us overnight until she could take it to the pound. I came home to find Hubby Flatbottom with the puppy comfortably curled up in his arms. The dog didn’t go to the pound.

Often, it is just, as we say in Spanish with an accepting shrug, “Lo que Dios mande” It’s God’s will. Not long ago, Shadow and I were walking in the neighborhood across the street. As we came back, Shadow stopped and began sniffing in the grass. I went to check and see what she had found. It was a small, raggedy beige dog, curled up, cold, wet and hungry. Someone had evidently dropped her off. I put up signs and notices everywhere, but no one claimed her. Ragamuffin is now part of the family.

But we’ve only got two. And weren’t those two puppies in the pen cute? One looks a little like a puppy German Shepherd–he wouldn’t get too big, would he? Just because his paws look about the size of dinner plates already? And the other one is so playful. Wouldn’t she be just precious playing with Shadow and Ragamuffin? Oh, wait, Ragamuffin is already jealous of Shadow.

Hubby Flatbottom has heard all that before. He just shakes his head and thinks up another name–Perrito, Ashley, (Go)Rilla, Sparky, Dixie, Chula, Sammie, Goomer, (Ma)Kita, Shadow, (Raga)Muffin and. . .. .