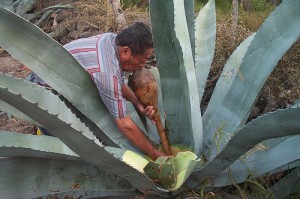 Me and José Cuervo were a little overly chummy last night; one too many Margaritas.

So, when I had my hero Rodrigo drinking Pulque in my novel, my Woodland’s Writers’ group asked what Pulque was.  I had to dive into a study of the difference between pulque, mescal and tequila. Especially since my amigo Eduardo (who wanted to know where my Blog was) offered me a taste of two different types of mezcal so I could see what a difference a dollar makes. You really do get what you pay for in Mezcal. Pulque is a whole different can of worms. And no, they don’t put worms in pulque.

Having been raised in Mexico, I can remember as a girl riding my horse past the local Pulquería just down the dirt street from our house. The acrid smell of the foul smelling pulque wafted all the way across to the far side of the street where I rode. That and the smell of unwashed bodies and the raucous noise of drunken brawls left an impression. 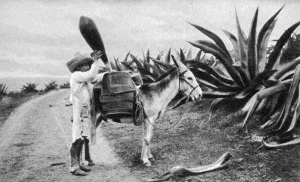 I can also remember a native Indito standing before a giant Maguey plant showing us children how the pulque was made. Originally produced by the First Peoples of Mexico, it has been used as an intoxicant since before the Conquest. The piña or heart of the Maguey, down deep in the plant at the base of the thick, spiny leaves, is cut out, leaving a bowl-like opening. The sap of the big leaves seeps into the hole, is covered with a rock and allowed to ferment. After an appropriate length of time, it is sucked out using a long empty gourd. The fermented sap is then placed in big glass jars and sold to the local Pulquería. No distilling. It makes a thick, grayish white liquid that provides a perfectly useful intoxication and a massive hangover.

Worm for the Gringos

I thought pulque was then refined into mezcal and then further refined into tequila. Not so. Mezcal, it seems, is collected the same way but it comes from any type of agave plant, not just the Maguey. The ‘piña’ is cooked in underground pit ovens over hot rocks (much like barbacoa, the meat for barbecue). Then it is mashed, and the resulting liquor is allowed to ferment. Afterward it is distilled in copper or clay pots and put into barrels where it is aged up to 4 years.

The transparent, and very potent, Mezcal liquor is bottled and sold, often with a worm in it. The worm is not for flavor, and is more likely just for the Gringo tourists. The best Mezcal, usually the aged variety known as Reposado (Rested) or Añejo (Aged) is said to come from Oaxaca. According to Wikipedia, that fount of all knowledge, there is a saying “Para todo mal, mezcal, y para todo bien, también.”  For every ill, mescal, and for every good as well. 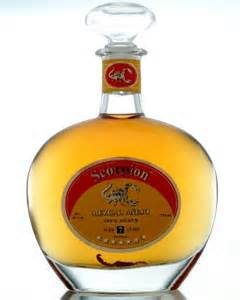 When Eduardo offered me a taste of Reposado Mezcal (I wish I could remember the name of the brands – I’d call and ask but it is just past 4 am and he might not appreciate being awakened). The first taste was from a bottle that probably went for $50 or $60 bucks. It was smooth, a little smoky, felt like it almost had rounded edges, and went down far too easily. The second taste, from a cheaper bottle, was bitter, scratchy and a little hard to choke down.

Now tequila, on the other hand, is only made from the Blue Agave in the state of Jalisco. A few other states in the western mountains of Mexico are also permitted to produce tequila but it is carefully regulated and taxed by the government. There is a distinct difference between the Tequila from the higher mountain areas of Jalisco and the Blue agave grown as lowland varieties.

Tequila is produced in much the same way as the Mezcal with the ‘piña’ cut out and cooked, then crushed and the liquid fermented. Then the liquor is distilled two or three more times and aged in oak barrels. The aging process is what gives it the golden color. The ‘silver’ or white tequila is usually not aged as long but bottled almost immediately after distilling. I didn’t realize that there is a huge difference (in price and taste) between the 100% Agave tequila and the mixed or 50% agave tequila which has other flavors and mixes added. (For the more complicated explanation, you can read Wikipedia). 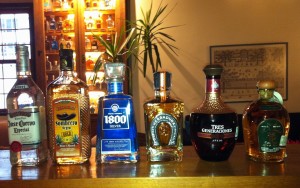 During my Uncle Artie’s funeral in Tlayacapan, I had the ‘opportunty’ to be the Madrina del Tequila. That is the Godmother of the Tequila. It meant I had to go buy dozens of bottles of tequila for the wake and the reception after the funeral. Several bottles were reserved to pay the gravediggers. Everyone sipped the tequila. No one did the salt on the back of the hand, a shot of tequila and a bite of lime. That’s for the Gringos.

So the next time you have too many Margaritas or get too cozy with José Cuervo, you can thank those First Peoples for their inventive use of the Agave plant and the Spaniards for having refined it and come up with Tequila and Mezcal.