I hope this story of young Ariana will inspire everyone to help their young cousins, granddaughters, nieces and grandnieces to develop their talents and watch their potential grow. 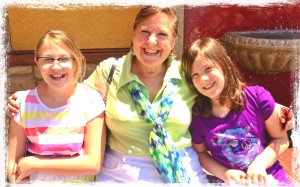 Watching a young woman learn new skills and develop her talents yields immense returns: pleasure, joy and lessons for a distant future. I had that opportunity several years ago when my cousin, Sandra, lived in nearby Austin. She has two delightful daughters: Tatiana, who is a consummate artist, and Ariana, who has blossomed into a talented writer as well as becoming an excellent chef.

Back in 2013, with the help and inspiration of my cousin Sandra, I had (sort of) completed my first novel. It was my first foray into the novel-writing world and I had no idea where it would go or what I was supposed to be doing. In truth, I should have spent another two or three years editing and rewriting, but who knew? I didn’t. 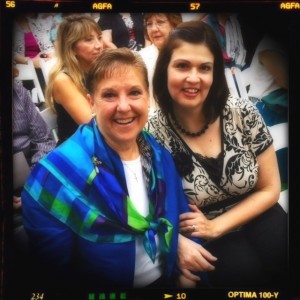 With Cousin Sandra for the unveiling of the Tejano Monument

I read each chapter to Sandra as I finished it. Wise in the ways of characters and personalities, she pointed out flaws and offered suggestions on improving the manuscript. I would make the corrections and we would go over the chapters again. By instinct, my cousin guided me through problems with the storyline, character arcs and the logic necessary to make the story flow.

Perhaps inspired by my attempts, eight-year-old Ariana joined me at the end of the table with her laptop (yes, 8 years-old and already competent on the laptop), and began to write stories of her own. Each story focused on an animal and its adventures. They were exciting, entertaining, and highly amusing stories. As she finished each one, she printed out the pages and illustrated the story with her own drawings. When we went down to the local office supply store to print my copies, we made copies of her ‘books’ as well. She promptly put them on the market and began selling copies to her dedicated family and friends.

Once I thought my manuscript was ready, I sat down at Sandra’s dining room table to mail out my manuscripts to potential agents. I set up an assembly-line process. Right beside me was eight-year-old Ariana. Together, we stuffed envelopes, included the SASE (Stamped Self-Addressed Envelope), the cover letters and the necessary copies. Ari proved to be a tremendous help as we sent out 54 inquiries to agents across the country. She also learned a valuable lesson in manuscripts, agents and the challenges of marketing. 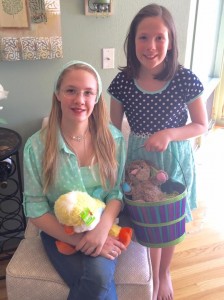 Growing up Sisters- Tatiana and Ariana

I did get an agent, but I have gone back to editing and rewriting, which, it turns out, is a necessity with the first efforts of a fledgling writer. Ari, meanwhile, has gone on to excel in her English classes and continues to write inspiring and interesting stories, in between cooking for her family and friends. There is little doubt that her skill at writing will prove to be a boon to her all her life. I know she will launch an amazing career. I will be proud to say I was there at the beginning.

As it has turned out, Ari’s books have proved to be more popular than mine. Congratulations, Ari, Happy Birthday, thanks again, and best of luck in your future career, whatever it turns out to be!