On Losing a Friend 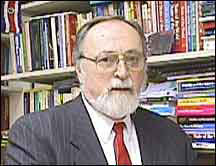 Yesterday afternoon, just as I was walking into the Scholarship Banquet for our History students here at Sam Houston State University, I received the distressing but expected news that my dear friend and one-time colleague, Dr. Richard H. Payne, had passed away.

We all leave different legacies behind us when we depart this earth, as depart we all must. It is fortunate when we leave a good one with wonderful memories for those left behind.

I first came to know Dick when he was Department Chair in Political Science here at Sam. He was an awesome presence, towering 6’6” with a deep, gravelly voice that he used to terrify me. I soon came to learn that he was actually marshmallow soft under his gruff exterior although not everyone got to see his softer side. Certainly not his students, at least not until they had gotten to know him better. But they liked and respected him for his knowledge, his willingness to help them and his insistence that they do well in his classes.

Since Huntsville is a small town, I also got to know his delightful wife, Kathy Freydenfeldt. We became friends and running buddies in any number of projects, in particular the LULAC organization here in town and in putting on our Hispanic Outreach program, Encuentro. We also took a trip to Mexico together for Kathy to brush up on her Spanish. I scared her to death by going off researching alone to Durango, the scorpion capital of the world, without checking in. We both made it back okay.

I got to know Dr. Dick much better when he was named Associate Vice President for Research and Graduate Studies at our university in 1998. With my Texas History students, I was in the process of moving the Roberts-Farris log cabin onto the town square. I had planned to produce a book of student essays on the history of the cabin, but needed the funds to get it published by the Texas Review Press. It was then under the leadership of Dr. Paul Ruffin, poet and publisher, another recently departed friend. 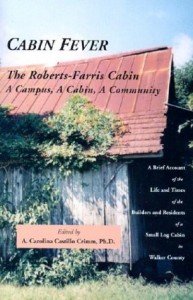 I applied for funding through Dick’s office and, lo and behold, he supplied the full $5,000 we needed to get the book published. He said the university funds usually went to science projects and more esoteric intellectual applicants. But he took a chance on me and my students. Today, our entertaining and humorous little book, Cabin Fever, is still for sale at the Cabin on the square as well as at the Sam Houston Memorial Museum bookstore, at the Statue Visitor Center and, of course, on Amazon and on my web site.

Dick went on to retire and become President of the American Birding Association in Colorado. He eventually returned to Texas with his wife, Kathy. They finally settled just outside Dallas to be near his son, Jim and the grandchildren. He kept in touch with his many friends via computer and e-mails.

Dick will be sorely missed by colleagues and friends of the birding world.