If you were an agent, would you be interested in seeing this book?

This letter is the one shot I have to entice an Agent to find a publisher for my work. Last night at the Woodlands Writers’ Guild, the members insisted that self-publishing is the only way to go. The author gets to keep the rights, but must then push the book themselves. What’s an author to do?

I am offering you my completed Historical Fiction novel, THE SPANISH CAPTAIN’S DAUGHTER, the first of a trilogy. At approximately 120,000 words, it opens a door into the dynamic and burgeoning Spanish empire of the 1770s in Northern New Spain. It provides an authentic view into the gritty and dangerous world of frontier soldiers, mule-trains, silver mines, native tribes and problems with the ever-present British.

Sixteen-year-old ANALISA, carefully reared, well educated and proud of her pure Spanish heritage, must find a husband. Caught between obedience to her father and a growing love for a man who can never be her social equal, Analisa must make the hardest choice of her life. 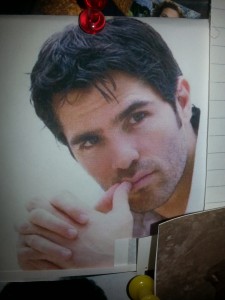 Without her mother, who has died in childbirth, and without a dowry, which has been squandered by her father, she sees no prospect in the womanizing soldier RODRIGO VILLASEÑOR. Her father, Spanish Captain LUIS CAZORLA and his troop are on their way to Texas and must detour to the Gulf coast to put Analisa on a ship bound for Spain. With only her maid EVA to guard her, Analisa finds herself thrown into a terrifying unknown life. Rodrigo Villaseñor saves her from attacks by native tribes and fights off the evil Garza. She is called on to use her skills as a physician to save Rodrigo. In the face of her father’s disapproval, can she avoid falling in love with a reprobate?

Like Isabel Allende, my work explores the little known Hispanic world of the 18th century. Arturo Perez Reverte’s popular swash-buckling adventures focus on Spain’s declining years in the 17th century. Mine looks at the exciting 18th century when Spain and her colonies were making a vibrant return to wealth and power.

I am a retired Professor Emeritus in History with 20 years as a nonfiction author. My book, De León, is an award-winning study of the settlement of Spanish Texas. Now that I am writing fiction, and my previous agents, Pinder Lane and Garon Brookes, have ceased functioning, I am seeking new representation.

Thank you for your consideration.

So, what would you do? Send out a mass mailing or self-publish?