Running with the swells 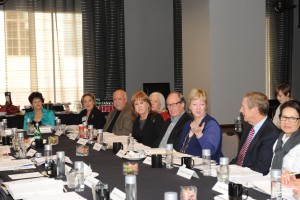 Money is a strange thing. Some have it and don’t think about it. The rest of us scrabble for every dime.

I am attending my second year as a Board Member for an organization that shall remain nameless. It’s been an eye-opener. Our organization has representatives from all over the state. Several of the new additions, who were welcomed yesterday, are lovely young women, most in their early to middle 40s. They are the wives of the new oil millionaires, many of them from Houston or Midland.

Board members are chosen for one of two reasons. The first is because they have money and are willing . . . .You thought I was going to say give money to the organization. Nope. They are willing to pick the pockets of their husbands and their husband’s friends to come up with whatever the Board needs. They hold Galas, Teas, Dances, Balls, etc. That’s the women. They do it so they can wear beautiful $15,000 dresses from Nordstrom’s and buy all the new jewelry they can pile on. The men, on the other hand, will write a check of any size to AVOID going. They are, as one said, “Gala-ed out.”

Never mind the second reason. We’re inconsequential. We just happen to have Ph.D. attached to our names. They know we don’t have any money.

Our Public Projects committee was discussing the grants that the organization had received. One was a “matching” grant for $500,000. That means the members of this group needs to raise that much money to be able to keep the money from that group. That’s a MILLION dollars, dearly beloved. One woman on the committee—one of the new members—said that it wouldn’t be any problem at all. She said, “Oh, we held a Gala last week for the . . . . and raised $890,000. The $500,000 shouldn’t be a problem. We’ll just hold a Lecture Series.”

I piped up and said, “Oh, I’ve just planned on starting a Lecture Series in Huntsville.” Like an idiot, I continued, “I just hadn’t thought of charging for it.” The young woman looked at me and smiled. “Oh, Huntsville is a completely different thing.” Well, yeah, it is. There are about five individuals in town who have the “big bucks” and they don’t hold Galas. 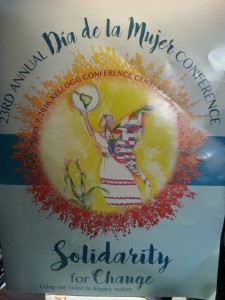 I thought back to the last two conferences I’ve been a part of—our little Bernardo de Gálvez symposium and the #DDLM23, the Dia de la Mujer conference at Michigan State. Both conferences were run on peanuts in comparison to this bunch. I had to fight to get the budget of the Symposium up to $10,000. Our beloved organizer thought that was an astronomical sum and that we would never be able to dig up that amount. We got it easily. The bank who backed us wrote the check for our symposium out of petty cash. MSU got their funding by hitting up every department on campus and every business in East Lansing.

Now I am beginning to see the difference. We, and MSU, didn’t have oil millionaires to call on. These lovely young women spend most of their time dedicated to helping “charities” in their local communities. They sit on the Boards of the Museum of Art and the Museum of Natural History and the Muscular Dystrophy Association, etc, etc, etc. They think nothing of raising hundreds of thousands. As the one who smiled so condescendingly at me said, “I spend all my time collecting money. It will be interesting to see how it’s spent.” Admittedly, one of the young women has a “special needs” son, which just goes to show you that money can’t buy health. She’s just fortunate that she can buy medical care for her child.

So, now I will start my little Lecture Series in tiny Huntsville. And perhaps afterward we’ll hold a cocktail party where the Huntsville ladies can stand around in their expensive

Jimmy Cho 5-inch heels, with their feet aching, and get their husbands to write checks in support of our museum, our library, or the local charity. Maybe we’ll be able to scrape together $500. And maybe I’ll sell a few books and make $100.