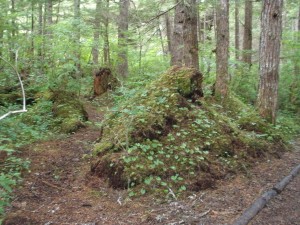 What was it like for an Anglo to find himself in Texas for the first time in 1821?

Texas had belonged to Spain since the 1530s, and although not heavily populated by 1821, there were Spanish settlements at San Antonio, La Bahía and Nacogdoches. With the promise of land for settlement in Texas left to him by his father, Stephen Fuller Austin arrived in Spanish Texas in the summer of 1821. Since Spain was NOT handing out tourist maps at the border, Stephen needed a guide. 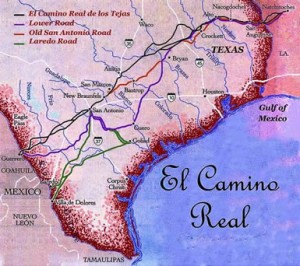 San Antonio Councilman Erasmo Seguin had been waiting in Nacogdoches since March for Stephen’s father, Moses. Learning of Moses’ death, he welcomed the son and his nine companions instead. Together, they set out along the Camino Real or the King’s Highway. Today called the Old Spanish Trail, it is modern-day Highway 21. It is still possible to see some of what they say if you take that drive.

Austin followed Sequin northwest into what is today known as the Piney Woods.  Making about fifteen miles a day on horseback, they followed the narrow trail of the Camino that wound through the dark, dense evergreen forest. It would take them nearly six weeks to cover the distance to San Antonio. 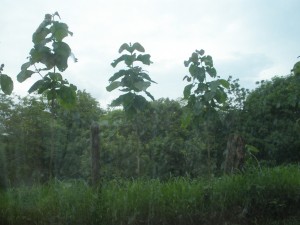 Around them, as it does today, grew thick stands of Loblolly, Slash and Yellow pines, spreading hardwoods, oaks of a dozen different varieties, Sweet and Black Gum, elms, hickory, ash, beech and cottonwoods. Southern magnolias drooped with Spanish moss while the forest floor was littered with ferns, delicate orchids, pitcher plants, sundews and pipeworts.

Black bears roamed the woods along with deer, panthers, squirrels, and a host of other animals. Otters splashed in the rivers they crossed while birds flitted from tree to tree. Sparrows, warblers, nuthatches and Red-cockaded Woodpecker whistled and twittered, while Bald Eagles swooped overhead. Except for the bears and panthers, all of these are still visible today. 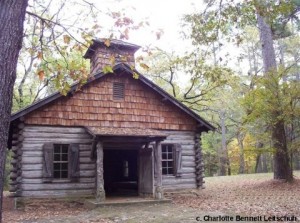 At the highest point on the trail, today a town called, appropriately enough, Alto, they turned southwest. Near Alto they saw the strange mounds left by the Caddo Indians, and the remnants of the old Mission to the Tejas Indians. Both are excellent tourist stops today.

At last, after splashing across the Neches and the broad reaches of the Trinity, they emerged from the forests onto the rolling grasslands of Central Texas. By the time they reached the Brazos de Dios,(The Arms of God) today better known as the Brazos, Stephen knew this was land that southerners would value for growing cotton or corn. Only later would he learn about cattle and mustangs from his Spanish neighbors

Covered in grama grass and bluestem, milkweeds and columbines, winecups and mallows, the hills rolled down to the river valleys that criss-crossed the land. There pecans and oaks grew thick, marking the verges of the rivers with dark green stripes.

For ten days, 134 miles, they rode across the grasslands between the Brazos and the Colorado Rivers. Although he later explored the Guadalupe and San Antonio River, this was the land that Stephen would claim as his Empresario Grant.

He was a real estate agent. Not an owner. He gave the land (not sold it) to incoming settlers in grants of 4,428 acres for ranches plus 177 acres for farms, all for the cost of the paperwork. The rolling hills, the lazy rivers, and the rich lands would become home to 30,000 Anglos within ten years.

For his efforts, Austin received no money, only more land—thousands of acres for each hundred settlers. After ten years of bringing in settlers, Stephen died in 1837, land rich, but in abject poverty.