The Joy of Finding New Cousins 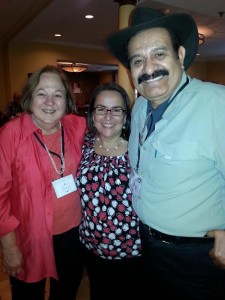 Last October I spoke at a Hispanic Genealogy Conference in Laredo. By chance, Juan Marinez, a resident of East Lansing, Michigan, also attended the conference. He heard me talk about the importance of Hispanic women and immediately thought of the Dia de las Mujeres program held annually by Michigan State University. He convinced the coordinator to invite me. A few weeks later, he happened to be sitting with Celina Wille, an administrator with the university, and an accomplished genealogist. He mentioned the program I had given in Laredo about our family’s land loss. Celina looked puzzled since the story was very close to one she had heard from her aunts down in South Texas. She questioned Juan and realized that it was the same family. 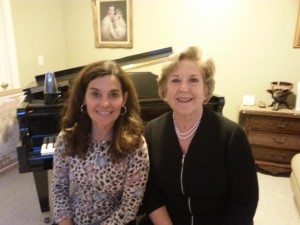 Celina contacted me by e-mail and we made plans to meet. When I arrived in Michigan, we got together and began to compare notes. Three generations back, our common ancestor, José Wenceslao Castillo, had three sons: Valentín, Manuel and Severo. Celina was descended from Valentín but had known nothing of the other two brothers. My family was descended from Severo. We had the same great-great grandfather, so we were, indeed, cousins. As the saying goes in South Texas, “Todos Somos Primos” We’re all cousins. And if one goes back far enough, I suppose we all are.

Over the years as I have done research or spoken in South Texas I have met other cousins. Baudelia or “Beau” Mitchell is a descendant of Manuel. A pharmacist in McAllen who also does Genealogy was telling me about a place called Charco Escondido just outside Reynosa. I commented that I needed to research the place since my family had gone there from Texas. He asked who the family was. It turned out that our great grandmothers were sisters. Another cousin connection!

The importance of genealogy, however, is not to trace just one line. To follow a single person from two parents to four grandparents to eight great grandparents, and so on, produces a very lovely fan shaped family tree. But it leaves out the many connections to brothers and sisters, and therefore cousins, at every single generation.

As I learned from writing my book De León: A Tejano Family History, it is critical to know not only who the brothers and sisters are, but to know who they married. This provides another network to the various in-laws, and dozens more cousins, with whom they were connected. In Texas, New Mexico, Arizona and California, it is also critical to understand who the godparents were since this indicates the intricate, almost Gordian knot, of relationships that existed. Any of the abuelitas, the elderly grandmothers, could tell you with certainty who was related and how. 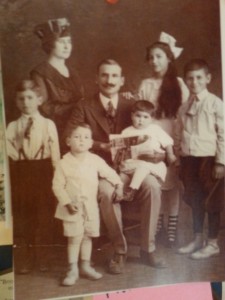 The Castillo family circa 1920

That was how I found out, through the extensive efforts of the wonderful Estella Zermeño of Goliad, that there were many other cousins out there. I had run across a letter in the De León archives in Victoria, in which a range boss from the King Ranch in South Texas had warned Crisoforo Lozano in Victoria to tell the Castillo brothers, Severo and Manuel, that an American family had paid to have them killed. I couldn’t understand why a Lozano would have been interested in the Castillos. It turned out that Crisoforo Lozano had been the half-brother of Severo and Manuel.

Their mother, Facunda Lozano Castillo, after the death of her first husband, Miguel Lozano, had married José Wenceslau Castillo and given birth to the three Castillo half-brothers. Crisoforo, in turn had been married to one of the De León girls, which then connected the Lozanos, the Castillos and the De León families as well as half a dozen other South Texas families.

Which brings up another point. It is critical that genealogists consider the historical context of their families. Dates give clues about the WHY of a families’ activities. Why did Crisoforo receive that letter? Because Severo may have “allegedly” shot the son of an Anglo family, one Tom Welder, during the anti-Mexican violence of the 1870s. To avoid the Anglo lynch mob, the Castillo brothers had escaped to Charco Escondido. Their mother, Facunda, either sold the family ranch in Refugio or was forced out by the Anglos. With her eldest son Valentín, she drove their cattle across the border, and helped her sons establish a ranch in Northern Mexico.

That was the story that Celina and I had in common.