Lessons Learned from Victories and Defeats 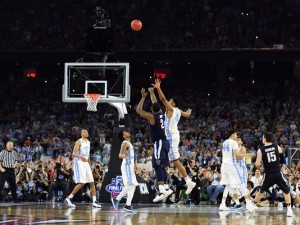 My presentation for the Gálvez Symposium dealt with Bernardo de Gálvez’ leadership and the lessons he learned from his victories and defeats. I believe the same concepts can be applied to the young men who played for the National Men’s Basketball Championship last night.

What lessons can we, and they, take away from the thrilling, buzzer-beater victory by little Villanova, a small Roman Catholic college in Philadelphia, over their rivals, the powerful North Carolina Tarheels?

I don’t usually stay up past 8 or 9 at night since I get up at 4 but that game was well worth the groggy morning. I always root for the underdog and it’s invariably depressing when the lower seeded teams lose. This year, however, seemed to be the year of the upset.

North Carolina was the only # 1 seed to actually make it to the top four. All those sports fans, from the President on down, who put their big bucks into brackets where they picked the #1 seeds to win were busted early. There were 13 first-round upsets and 10 wins by double-digit seeded teams. For those of us who like the underdogs, it was a heady OMG feeling.

Lesson? Don’t count your chickens before they hatch and don’t trust the sports pundits or the Vegas odds makers. Even they were scrambling to cover their bets. 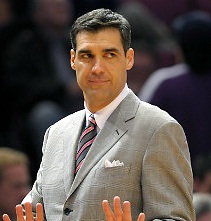 I’ve always wondered which is more important, the coach or the players? The 55 year-old Villanova Coach Jay Wright is a quiet, self-contained but determined leader. He has coached at several schools including Drexel, Hofstra, and UNLV. He worked under Rollie Massimino at Villanova from 1987-1992, then returned as head coach in 2001.

Over the past fifteen years he has, as I’m sure most coaches have, aimed for a national championship. He’s made it to the Sweet Sixteen, the Elite Eight and the Final Four several times during those years, only to be beaten by the eventual winners. This year, for the first time in 31 years, he was able to lead his team to final victory.

Does it matter what kind of personality he has? Should he be calm or threatening? Cool or out of control? Doesn’t seem to matter, as long as he is honest, even if he sometimes has to be brutally so. Above all, he must communicate confidence, keep morale up, maintain the trust of his men and keep a steadfast commitment to his goal. Men will follow a leader like that.

Lesson?  A determined leader can inspire his men to victory. 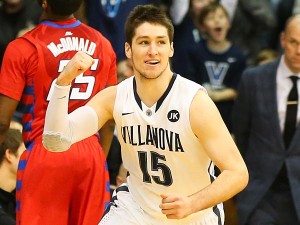 Without an equally dedicated and determined team, however, a coach cannot succeed. According to reports, the leader of the team is Ryan “Arch” Arcidiacono who decided this was the “Redemption” team. Quiet but equally determined, “Arch” does not put himself above the team. That was evident in the last 4.7 seconds of the game. Instead of trying for a shot himself, he passed the ball back to teammate Kris Jenkins to make the winning three-pointer.

Lesson? It is a team sport and no one person can carry the team alone, much as Lebron James would like to think so.

And for the losing team? The North Carolina Tarheels coach Roy Williams is 65 years old and has coached and won championships at both Kansas and N.C. He has led the Tarheels to two national titles, one in 2005 and 2009 as well as winning numerous awards for himself and his team. He’s been there, done that, and has the rings to prove it. Would it have been sweet to win again? Certainly, but he didn’t cry over the defeat. Coaches can’t help but get philosophical.

That brings up an interesting and important lesson for us all. Roy Williams says Coach Buddy Baldwin, a coach from his early years at NC, was one of the greatest influences of his life. For all those teachers and coaches out there, you may not win all the glories for yourself, but you never know who you are going to inspire to greatness. So keep on teaching, keep on coaching, and send those bright shining stars that you have polished on into the firmament. They will reflect their light back on you and you will revel in their glory. 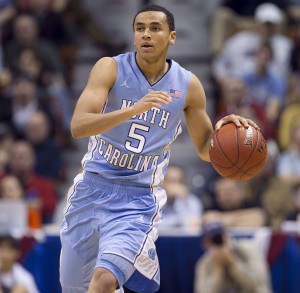 As for the losing NC team, there is no doubt that the players were crushed. Senior Marcus Paige had tied the game with his own three-pointer with only 4.7 seconds left. For those few seconds, it looked like the game would go into overtime. When Wildcat Kris Jenkins made his own three-pointer, however, Paige was devastated. As he said in an interview, “that moment you’ve been fighting for, clawing for, hoping every day for, dreaming about, just goes away that fast.”

Lesson? That moment will live in Paige’s memory forever but he will have other victories and the ache will fade. We must learn to accept defeat along with our victories. 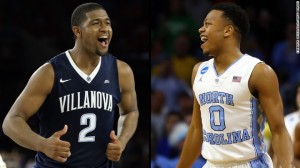 And speaking of victories and defeat, it’s hard when it’s all in the same family. There is the interesting side-story of the two adoptive brothers, Kris Jenkins of Villanova and Nate Britt of North Carolina. The boys had known each other since they were ten, playing basketball under Coach Britt. While in Baltimore, the Jenkins family agreed to allow the Britts to adopt Kris. Both boys played together at Gonzaga College High School in Washington, D. C. under Nate’s father before moving on to separate colleges. 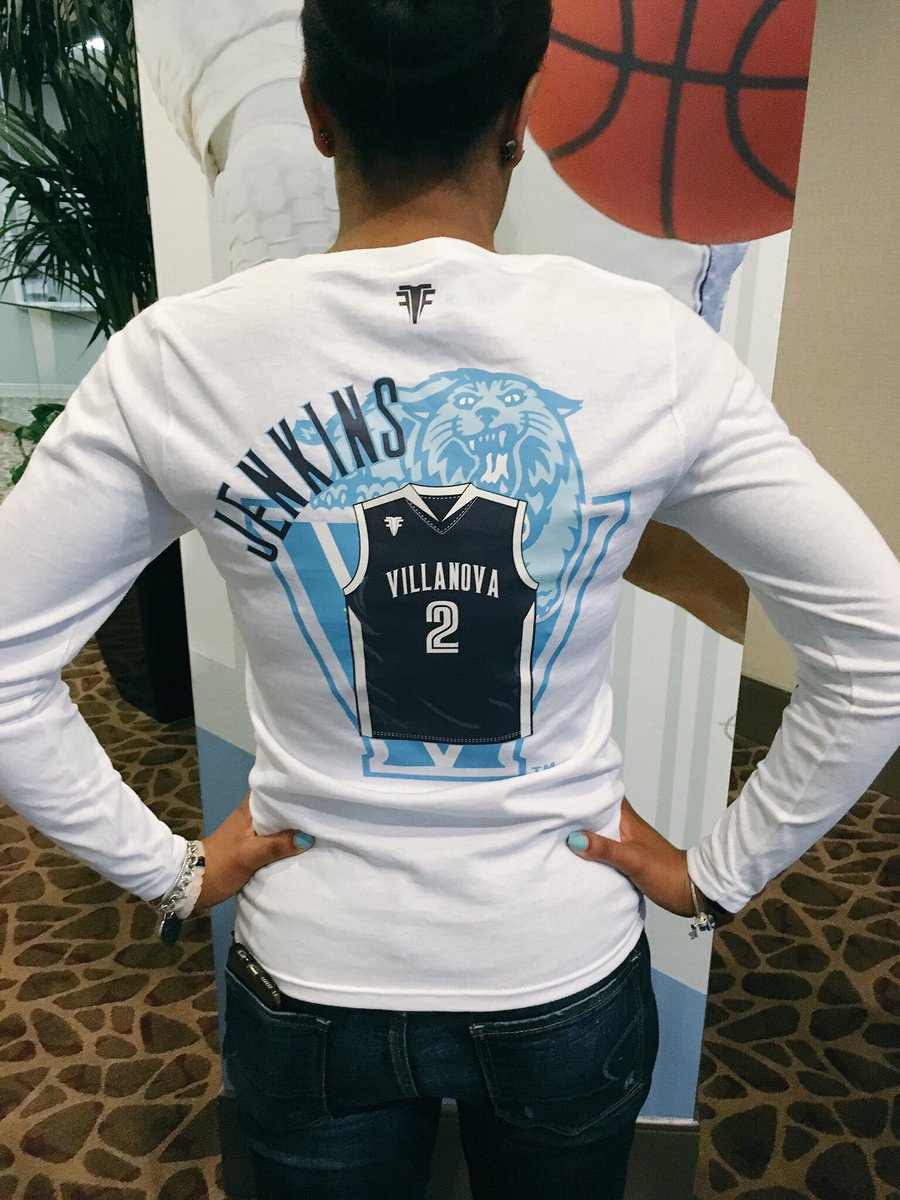 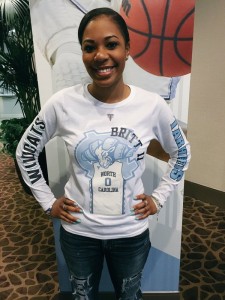 Villanova on the front, NC on the back

whether in victory or defeat. Their mother, torn by her love for both the boys, had to wear a shirt that supported them both. Here it is displayed by their sister.