On Death, Dying and Hope for the Future

The future is always with us but never more so than on New Years’ Day.

Yesterday, my cousin sent me the YouTube clip on neurosurgeon Paul Kalanithi of Stanford University. He was in the middle of his residency when he learned he had cancer. He completed his medical degree and then passed away after an extended battle with his cancer. Before he died, he had the joy of welcoming his daughter into the world. His article on the wisdom of life and time as he faced his own mortality has gone viral. 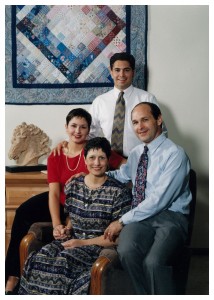 His story brings to mind my beautiful sister-in-law, Mary, who experienced much the same thing. She fought off breast cancer, an ordeal that inspired her to become a medical doctor. Through radiation, chemo, and at last, remission, she finished her medical degree. Ironically, while she was in medical school, she had to miss an exam because she was undergoing surgery for her breast cancer. Her professor, a physician himself, wouldn’t cut her any slack. She failed the exam and got a B for the course, her only B during her career. She practiced for six months before the cancer returned and took her.

Both cases were of death coming too soon. Before family and friends were ready. Before “their time.” Before they had fulfilled their potential. But what was their potential? their future? Kalinithi concludes his soliloquy with Percy Bysshe Shelley’s sonnet Ozymandias about the impermanence of our efforts and the inevitable oblivion of our work. What do we leave behind us?

As we listen to Kalinithi’s words, or think about Mary, or those we know who have cancer, or our elderly parents, and we inevitably think about their deaths. We are saddened for them and their families. We mourn their passing. We attend funerals, feeling sorry for the deceased. For some reason, we think they are the only ones dying.

But we, too, are dying. As Yogi might have put it, “We ain’t getting’ out of this one alive.” There is no other end for any of us. Some sooner, some later, but we are all headed there. It is not just Kalinithi who must face his mortality. Hate to tell you, but we are right there with him. He’s not alone. 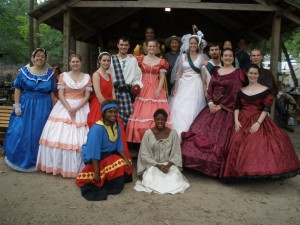 Beloved students reliving the past to learn for the future.

As Kalinithi says, if we don’t look at the bad case, we will be devastated when the inevitable end comes. But if we don’t look at the good side, we miss the opportunities we have before us to love and enjoy each other, to do the best we can with our abilities, to give meaning to our lives by helping others. Our works may crumble into dust as they did for Ozymandias, but at least we built them while we could.

It is such a cliché to say that we must live every day as if it were our last. But it really is.