On Dogs and Discipline 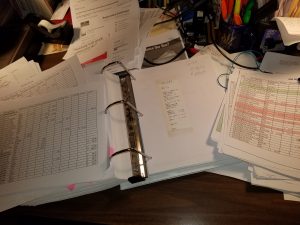 The Discipline of taxes

Self-discipline, of course, is the basis for all other forms of discipline. Beside me, in the pool of light on my desk, sit the double four-inch thick stacks of paperwork associated with this year’s taxes. Which must be done. Today. Or at least tomorrow. Or sometime soon. Sooner rather than later. But, conveniently, there are so many other things that HAVE to be done first.

Thanks to Audible, and beloved friend Nancy who recommended them, I’ve listened to two books by Charles Duhigg: The Power of Habit, and Smarter, Faster, Better. Both books contend that children who have self-discipline do better not only in school, but in life. He also argues that we can learn, through developing good habits, to be self-disciplined. That will, in turn, make us smarter, faster, better. Yeah, well, right. It’s a nice idea. But the taxes are still sitting there making me nauseous. 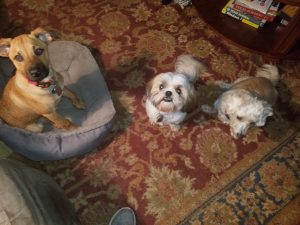 Peanut hasn’t learned from the others.

Or maybe it’s the smell of dog poop. A friend Marjorie who owns several beautiful Golden retrievers, has just acquired a new young Retriever. The breeder allowed the dog to poop in her crate and now Marjorie is tearing her hair out with trying to break that habit. We discussed various methods but none are working. Yet.

Peanut, the newest addition to our family, is not quite six months old. And she hasn’t learned to take her “necessities” outside either. Yelling, shoving her nose in it, smacking her with a fly swatter, hasn’t worked. Or at least not yet. Taking her outside for long walks helps, but night time is a disaster. Thank goodness for doggie pads. The chemists have added an attractant to induce her to use them. She does, most of the time. Other times, it’s hands-and-knees scrubbing, and cursing, and longing for the day when she, thank you Lord, grows up. 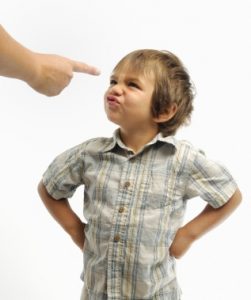 From “How to discipline an autistic child correctly”

Last Sunday at our Lydia’s Circle group, the talk turned to the horrifying lack of discipline in the Huntsville schools. Children in elementary school, as young as four and five, are throwing books, biting, kicking, hitting, chasing other students around the room. The principal and half a dozen teachers have quit or are on Workmen’s Comp due to injuries sustained in these battles. Incredible.

From the superintendent on down, there are laws now that prohibit teachers from disciplining children. I remember paddling high school students bigger than I was when they misbehaved in class. My principals backed me up. The boys didn’t do it again. 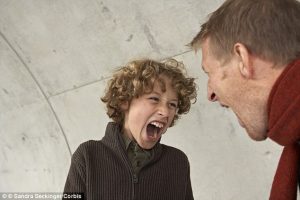 Not so now. A teacher can send the child to the principal. Without support from parents below or superintendents above, the principal doesn’t back up the teachers. In the office, the guidance counselors or the principal do nothing. There the children, instead of being threatened with any form of punishment, are patted on the head and told “Now you’re going to be good from now on, right?” Yea, right.

Children can’t be touched and they know it. Many of them, especially the ones who get no discipline at home, know they are truly free to do as they please with no consequences whatsoever. Learning has no meaning. In-school suspensions are nap time. The yelling of a teacher or principal can be tuned out, just as they tune out the yelling of their parents. 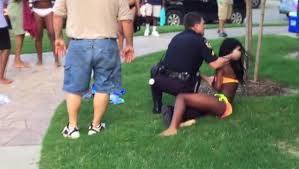 The terror of disobeying

What concerns me is that these are children who are going out into society. Out there, refusing to obey the orders of law enforcement officers results in tazers and bullets in the back. Perhaps there should have been more discipline in the schools.

And returning to the giant pile of paper at my elbow, taxes are a form of discipline. Our society complains about paying taxes. As one friend told me, if you are paying taxes you don’t have a very good accountant. The wealthy can afford good tax accountants and loopholes are made just for them. And there are going to be mountains of new loopholes soon. The rest of us pay our fair share whether we want to or not.

On TV the other day (which we all know is the TRUTH) there was an article about the happiest country in the world. It was not the U.S. It was Denmark, a country that pays 60% of their income in taxes. The Danes live without worries about health for themselves, or education for their children, or a good infrastructure, or poverty, or a 1% population of billionaires. Everyone pays their fair share.

Unity Church Labyrinth -what a society can do together

A society working together for a common good

Back in 1789, our new young country voted to get rid of the Articles of Confederation. Yes, they had written up the new Constitution in secret in Philadelphia two years before. And it took two years of The Federalist Papers and blood-letting debates before the country accepted the cold hard facts. A government that can’t tax, can’t exist. The conclusion of the Founding Fathers: taxes are part of the discipline of being a functioning society.

As April 15th approaches and I finish plowing through this stack of paper, I am hopeful that a disciplined society is willing to pay its fair share of taxes. 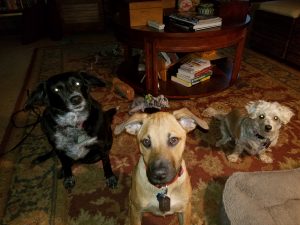 Yeah, right. There are those loop holes and the rich get richer, and the schools lose discipline, and the dog is still pooping on the carpet.